Art in the Face of War

Art in the Face of War- Feature Documentary. Eight World War II artists/veterans recount their service experience and their use of art for journalism, as a tactical tool and to preserve their own sanity. Covering all theaters of operation and all branches of the U.S. military, including the once top-secret Army division known as The Deception Corps, their powerful imagery (some done on the spot, some done years later from haunting memories) will enlighten, challenge, even amuse, showing that war is hell but that creativity can exist in the face of destruction.

Press and Praise for Art in the Face of the War

"To say that these are moving stories is to grossly understate the measure and the power of these extraordinary personal recollections...to watch Art in the Face of War is to be privileged with a rare gift." Excerpt from The Wave- May 23, 2008

"Art in the Face of War is an essential document of our history, one that should be shown in every classroom, library, and living room in the country" Excerpt from Mike Falcigno's article in The Fairfield Weekly- June 14, 2007

"They tell their stories with such clear-eyed detail, they could be recalling the events from last week." Excerpt from The Stamford Times- October 6, 2006

"Beautifully and movingly told" Excerpt from The Fairfield Citizen- September 29, 2006 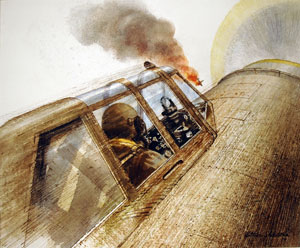 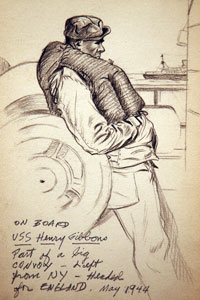 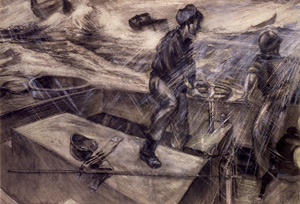 Veterans Day screening at the Fine Arts Museums of San Francisco, California Palace of the Legion of Honor in the Florence Gould Theater, May 20th, 2011

Click here to buy the DVD. Includes the feature and over 90 minutes of additional footage, including a slide show of the artwork, a multitude of entertaining stories from the Veterans on their wartime experience and a special section with their poignant thoughts on today's war.

For information on hosting a screening, please contact dvdsales@artinthefaceofwar.com