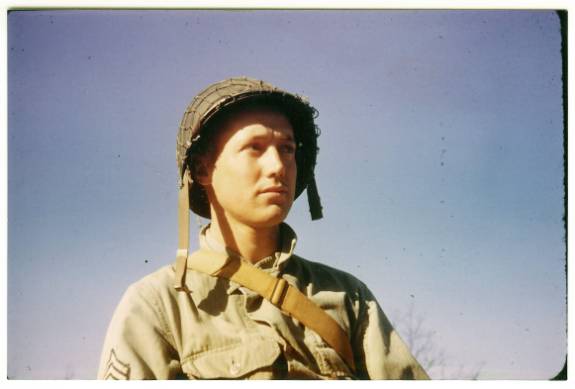 Victor Dowd (Westport, CT) Army, 23rd HQ Special Troops, Europe. As his company – part of the top-secret "Deception Corps" - moved across Europe, Dowd recorded the places he saw and the women, children, and "displaced persons" he met along the way. He filled dozens of sketchbooks with beautiful pencil and ink drawings. After the war, he became a successful freelance and fashion illustrator, and an instructor at the Famous Artists School, founded by fellow Westport artist Stevan Dohanos. Dowd’s fine art now includes figurative works and scenes from travels to Europe far different than the one he first encountered some 60 years ago. 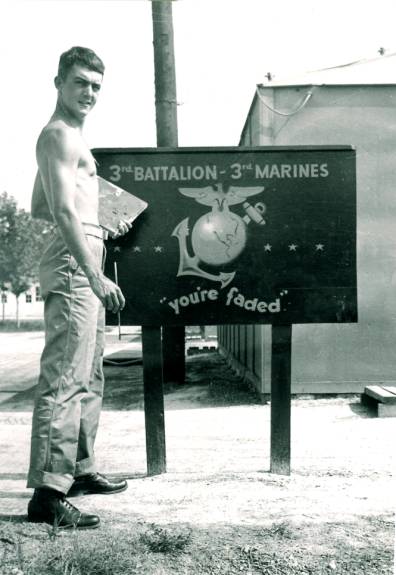 Howard Munce (Westport, CT) - Marines, Pacific. This long-time Westporter and ardent community arts advocate became a successful ad agency director, commercial artist, and editorial cartoonist after his war service. In 1947, his first editorial caused quite a stir and was nominated for the Pulitzer Prize. Only one small drawing survived the invasions of Bougainville and Guam. But the detailed illustrated letters sent to friend and fellow Westport artist Stevan Dohanos (so that the Home Front artist would understand how things looked on the Front Lines) did survive. These works were loaned by the New Britain Museum of American Art for the exhibition and this film. 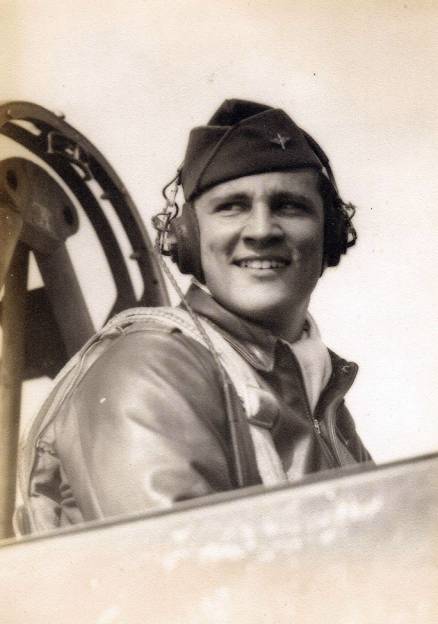 Clark Robinson (Wilton, CT) Army Air Corps, Europe. A recipient of the Distinguished Flying Cross, Robinson went on to a career as an award-winning creative director in the New York advertising world. During the war, he was able to find the humor in the situations he found himself in and drew cartoons for Army Air Corps publications and colorful letters and “V-mail” sent home. Recently he did some paintings of his experiences as co-pilot of a B-24 bomber, including the day he was shot down. These days, his fine art paintings can be seen at area galleries and his cartoons enliven the pages of the local newspaper. 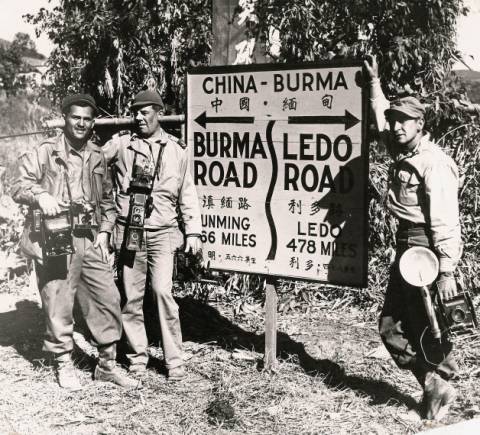 Syd Greenberg (New Canaan, CT) Army, Combat Photographer, CBI Theatre. Before his career as a news and stock photographer, Greenberg carried only his .45, a carbine, and a Leica camera into combat in the jungles and mountains of China and Burma with a small U.S. Army Signal Corps unit attached to the Chinese Nationalist Army fighting. The Army let him keep a few of his extraordinary images from this grueling mission. The images are in black and white, but Greenberg adds the color in this documentary. Today, Syd Greenberg continues to take photos for his local paper. He and his “war bride” Beverly are Justices of the Peace. 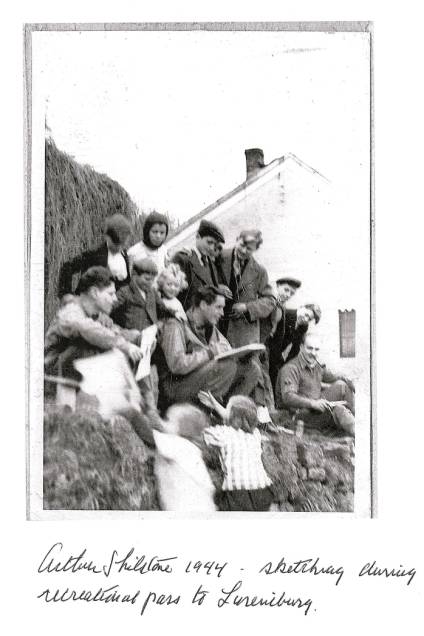 Arthur Shilstone (Redding, CT) - Army, 23rd HQ Special Troops, Europe. After the War, Shilstone spent 30 years illustrating the nation's top magazines (Saturday Evening Post, Life, Smithsonian among others). Several original illustrations for Smithsonian were about aspects of the war, including the fascinating top-secret work of the "Deception Corps." Today, he concentrates on fine art, principally hunting and fly-fishing scenes captured in gorgeous watercolors. His original fountain pen sketches mailed home from the front provide an exceptional and highly personal view of history – like the one made just before he climbed down the lines into the boat taking him into Normandy. 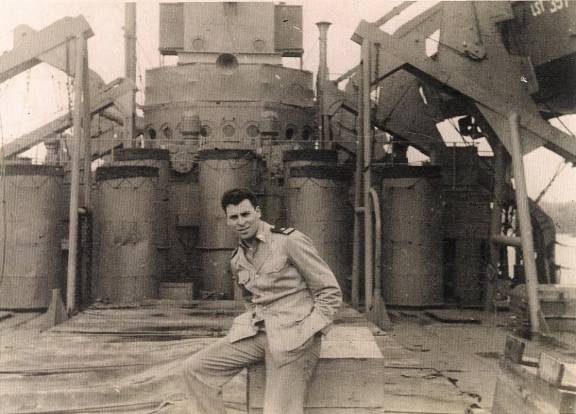 Tracy Sugarman (Westport, CT) - Navy, Amphibious, Europe. On D-Day, Sugarman and his LCVP crew carried troops onto Utah Beach. He became Hydrographic Officer and spent 6 months coordinating the constant flow of men and materiel. Fifty-some years later, his letters and 77 vibrant, expressive wartime paintings and drawings, sent to and saved by his wife June, became the basis for his poignant memoir "My War." (Random House, 2000). The originals are now housed at the Library of Congress. Sugarman is an award winning filmmaker, in addition to a successful career as a reportorial artist and author/illustrator. He recently created a large commissioned mural and is finalizing a new manuscript. 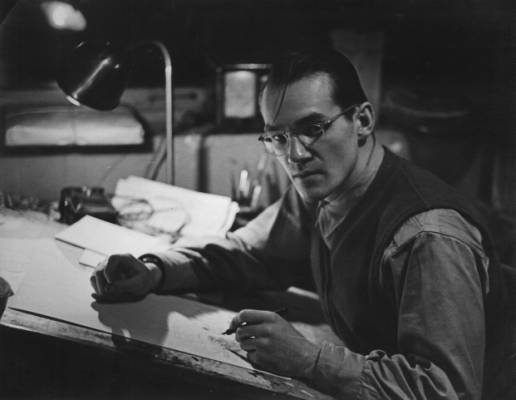 Ed Vebell (Westport, CT) - Combat Artist, Africa/Europe. He covered the war from Algeria, through Italy and France and into Berlin, doing illustrations, cartooning and photography for Stars and Stripes and other military publications. His final war assignment was to cover the Nuremburg Trials. Vebell's original courtroom sketches now belong to the U.S. Holocaust Memorial Museum. He resumed his interrupted art career after the war, working for top periodicals and publishers specializing in historical illustration. His knowledge of the intricacies of US military history from the Revolutionary War on, particularly of uniforms and weapons, is still much in demand today. 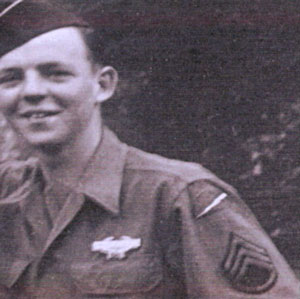 Doug Leigh (Huntington, CT) - Infantry, Europe. After a rewarding advertising design career, Leigh's memories of the Battle of the Bulge and the horrific winter of 1944-45 in Germany had to be painted. His series of 12 powerful images was the genesis for the original exhibition. A detail of one painting has become the documentary’s iconic image. The original paintings have been promised to the National Infantry Museum at Fort Benning, Georgia. The interview in this film took place 60 years to the day of some of the gut-wrenching experiences depicted in this WWII paintings. Leigh’s other fine art paintings of pastoral scenes and graceful nudes reflect a kinder, gentler world. 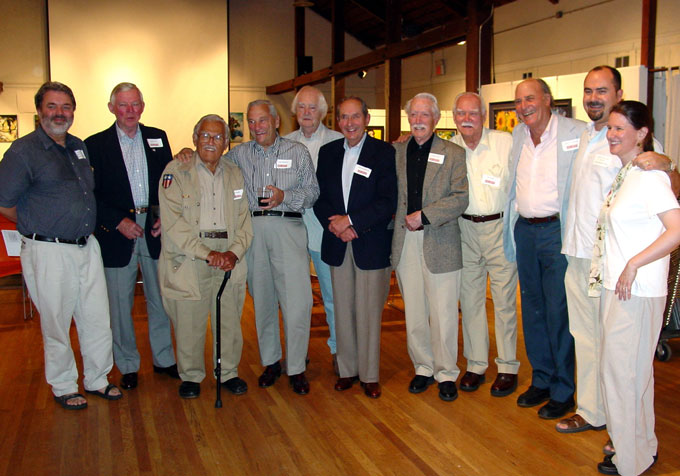 From Left to Right

Back to Art in the Face of War homepage